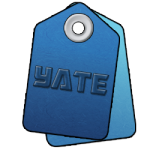 Special thanks go out to the people on our Preview list.  In Yate terms, this release dragged on for a long time.  At first it was going to be V4.2.1 which eventually became V4.3.   There were six preview releases which is a lot for us.  Again, thanks for your time, testing and feedback,

There’s a lot of new stuff in this release.  Everything is in the release notes which you can always view from the Help menu.

One special note about macOS 10.14 (Mojave).  The first time you attempt to do anything with iTunes, you will be prompted to grant permission.  If you don’t, all iTunes accesses will fail.  The only way to later grant the access rights is by going to System Preferences – Security & Privacy – Privacy – Automation.  You then have to unlock the panel and enable iTunes access for Yate.

There’s still interesting things to come down the road 🙂